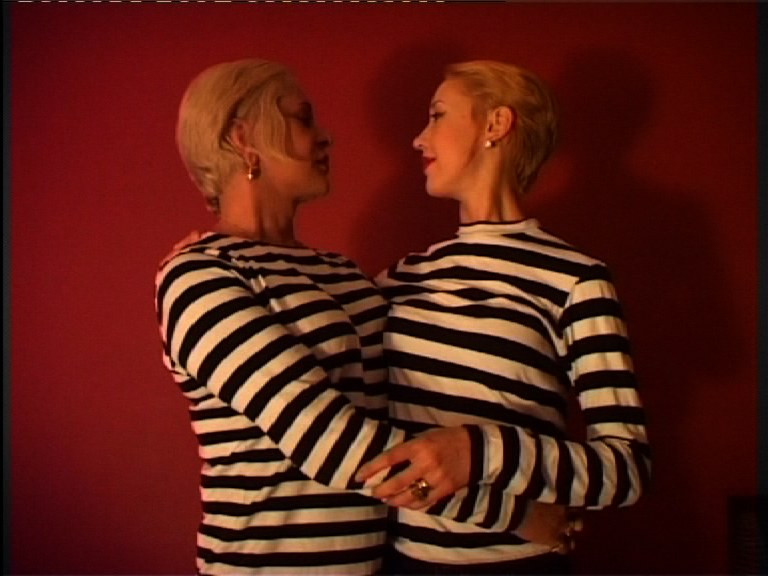 Breyer P-Orridge, Pandrogeny Manifesto / Prayers for Sacred Hearts and Breaking Sex (2005) On Valentine’s Day of 2003, Genesis P-Orridge and Lady Jaye Breyer, who celebrated 10 years of love since the day they fell for each other at first sight, received, as a present, two sets of breast implants. On that day started their Pandrogeny project. Since then and until the death of Lady Jaye in 2007, they transformed, with the extensive use of cosmetic surgery, their desire to eat one another, be one another, into the act of literally "becoming One". They dressed the same, mimicked the gesture of the other, even changed their names to Genesis Breyer P-Orridge and Lady Jaye Breyer P-Orridge. Progressively taking the characteristics of both sexes, they became an androgyne, experimental, technologic and romantic entity. Their project and the manifesto that derived from it has been discussed and filmed in 2005 by filmmakers Aldo Lee and Dionysos Andronis, a fascinating document that is also as a work, of art, by Breyer P-Orridge.