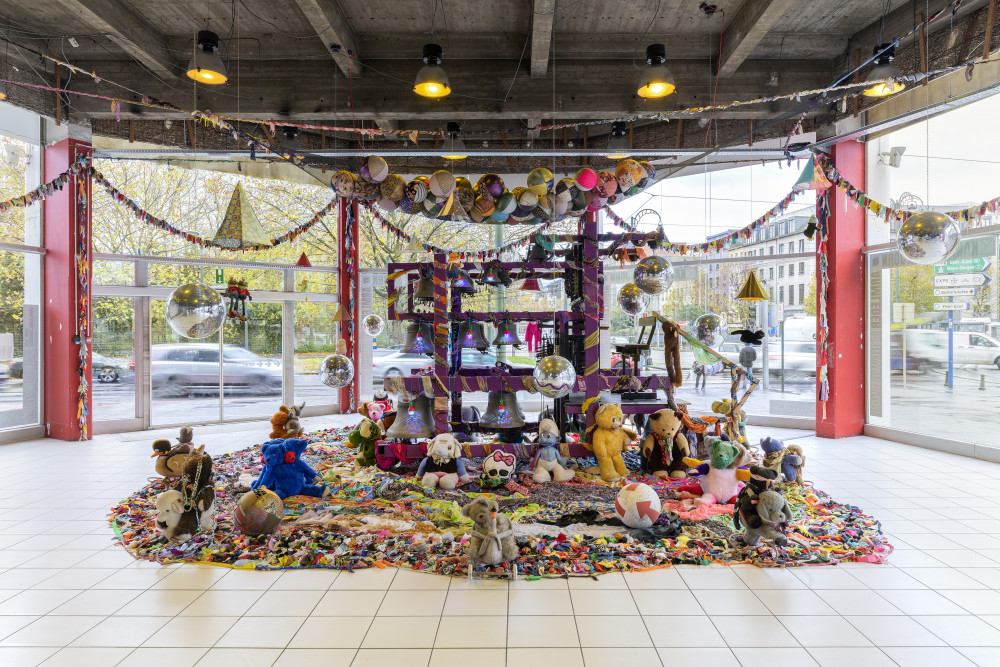 A carillon, transformed into a sculpture by artist Charlemagne Palestine, has adorned the ground floor of KANAL since September. The intention was to play this beautiful instrument on a regular basis. For an indoor live audience this is no longer possible for the time being. But a carillon cannot be confined! On April 23rd & 25th KANAL will present two concerts that you can listen to outside, in the public space around KANAL. The concerts will also be streamed via our webradio Studio K

CHARLEMAGNE PALESTINE Originally from New York, having lived and worked in California and Switzerland, among other places, and today settled in Brussels, Charlemagne Palestine is an artist, performer, composer and musician. An unclassifiable figure, who has constantly renewed himself, he was close to Fluxus, Tony Conrad, La Monte Young and Terry Riley, Morton Subotnick, as well as Laurie Anderson and Sonic Youth. His vibratory performances, using electronic or acoustic instruments, his shamanic acts and rituals, his immersive, strange and obsessive installations, make him one of the most singular figures of our day.