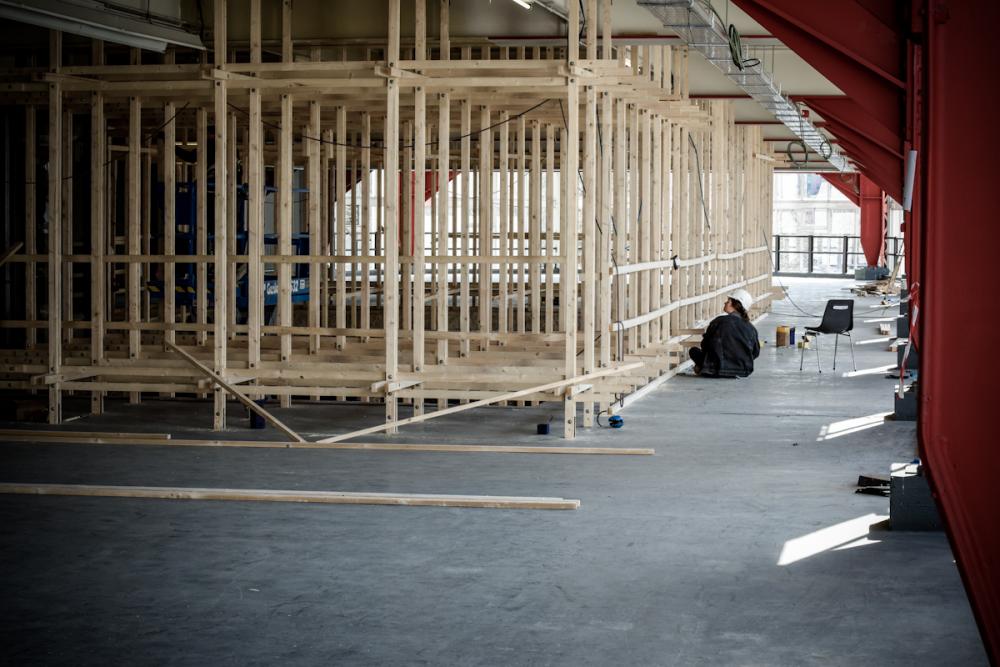 HOUSE 3 has been conceived and constructed by more than 170 authors – students and teachers from the ALICE lab at EPFL, in collaboration with the teams of CIVA and KANAL–CENTRE POMPIDOU. HOUSE 3 is a small utopia, responding to a series of programs offered by the CIVA to Brussels’ public. Inserted into the chassis of the former car factory and its showroom, it transforms the scale of industrial production into inhabitable space. HOUSE 3 sees itself as an invitation to be, to think, and to share. It is composed of 12 projects on 3 levels, amongst which an espace tartine, a beach, a stage, a reception and a radio, a ramp, a passage, a balcony, a series of lights and suspended gardens, an atelier for children, and a ‘step’ – a device to stand on. During KANAL – CENTRE POMPIDOU’s prefigurative year, HOUSE 3 will serve as a meeting place, hosting lectures, debates, kids workshops, critiques, film projections and even a pop-up bookshop.