Between Future and Dust

Kinshasa (N)tóngá presents a unique vision of the Congolese capital, its development, and its urban structure. (N)tóngá means “needle” or “construction site” in Lingala and therefore refers to the informal course that characterises Kinshasa's evolution to date. The impact of colonialism and the influence it has had on the architecture of the third largest city on the African continent are the focus of the exhibition. The featured artists depict the working methods and production processes that allow the people of Kinshasa to go against an imposed vision of the city and its identity.

Throughout history, Kinshasa, today metropolis of 17 million inhabitants and a hub of world trade, has been built in successive layers, with the first traces of human habitation recorded on the banks of the river dating back to around 500. The modern city was developed from 1881 onwards with the arrival of the Belgian colonisers imposing large-scale plans for urban development. The colonial city was deeply segregated along the lines of its wide avenues, railway tracks, and parks that housed administrative buildings. Despite a grid plan imposed by the colonial regime and multiple master plans proposed after 1960, Kinshasa is to this day characterised by vernacular constructions and informal architecture.

Comprising both original works and archival material, Kinshasa (N)tóngá offers an in-depth look at the Congolese capital, its inhabitants, heritage and perspectives for the future. Archival photographs trace the indigenous customs and roots of Kinshasa from the late 19th century to the 1970s. Modernist utopias and the city’s colonial past are documented in Magloire Mpaka Banona's work, and are questioned in Prisca Tankwey's performance Leopoldville Mourning as well as in Sammy Baloji and Filip de Boeck's film The Tower: A Concrete Utopia. In dialogue with this artistic momentum from Kinshasa, the exhibition presents archives from Italian architect Eugene Palumbo and his Congolese associate Fernand Tala N’Gai, who worked under President Mobutu Sese Seko during the return to "authenticity" in the 1970s. Comprising a large number of official and private projects, Palumbo's work remained in tune with the currents of modern architecture, while seeking to embody the precepts of a so-called "authentic" culture.

Curated by Estelle Lecaille and Aude Tournaye (Twenty Nine Studio) in collaboration with KANAL-Centre Pompidou, the exhibition is structured around a scenography designed by Traumnovelle which, through the materials used, recalls the aesthetics of a city in the making. Kinshasa (N)tóngá: Between Future and Dust opens on September 23rd at K1, the pavilion situated across the water from KANAL-Centre Pompidou. This temporary venue will host a programme of events leading up to the opening of the future KANAL-Centre Pompidou.

In March 2022, Kinshasa (N)tóngá: Between Future and Dust was exhibited at the Académie des Beaux-Arts of the Congolese capital. The exhibition is part of Living Traces, a project initiated by KANAL-Centre Pompidou and its partners that connects Brussels and Kinshasa. 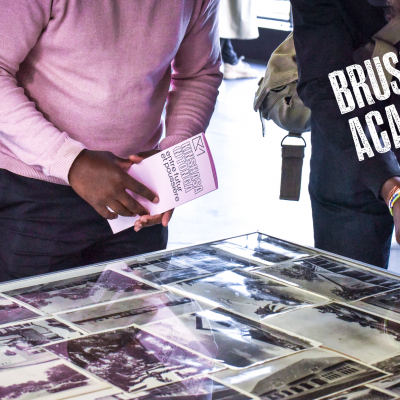 Urban struggles and the right to the city 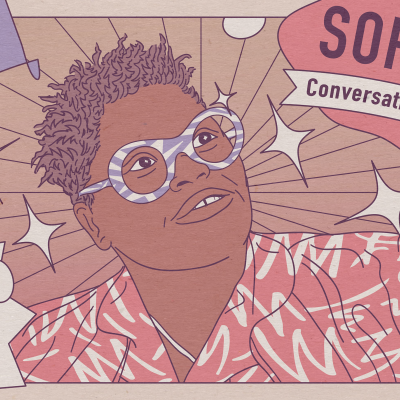 Sororités, conversations with my sistas 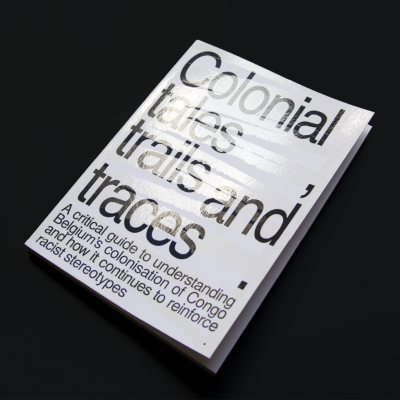