A building, a history, an ambition

From a car factory to the future cultural hub of Brussels

A genuine cathedral of steel and glass, its monumental showroom faces the city while its workshops are located along the quays of the canal …

The former Citroën garage stands out through its outsized dimensions. Located at the junction of Place de l’Yser and Quai de Willebroeck, the complex, which virtually fills an entire city block, is remarkable for its showroom, a glass palace with a height of 21 metres, made famous by its rounded curtain wall. This spectacular architecture, which ensures the building is bathed in light, was designed as the audacious symbol of a radically innovative company. 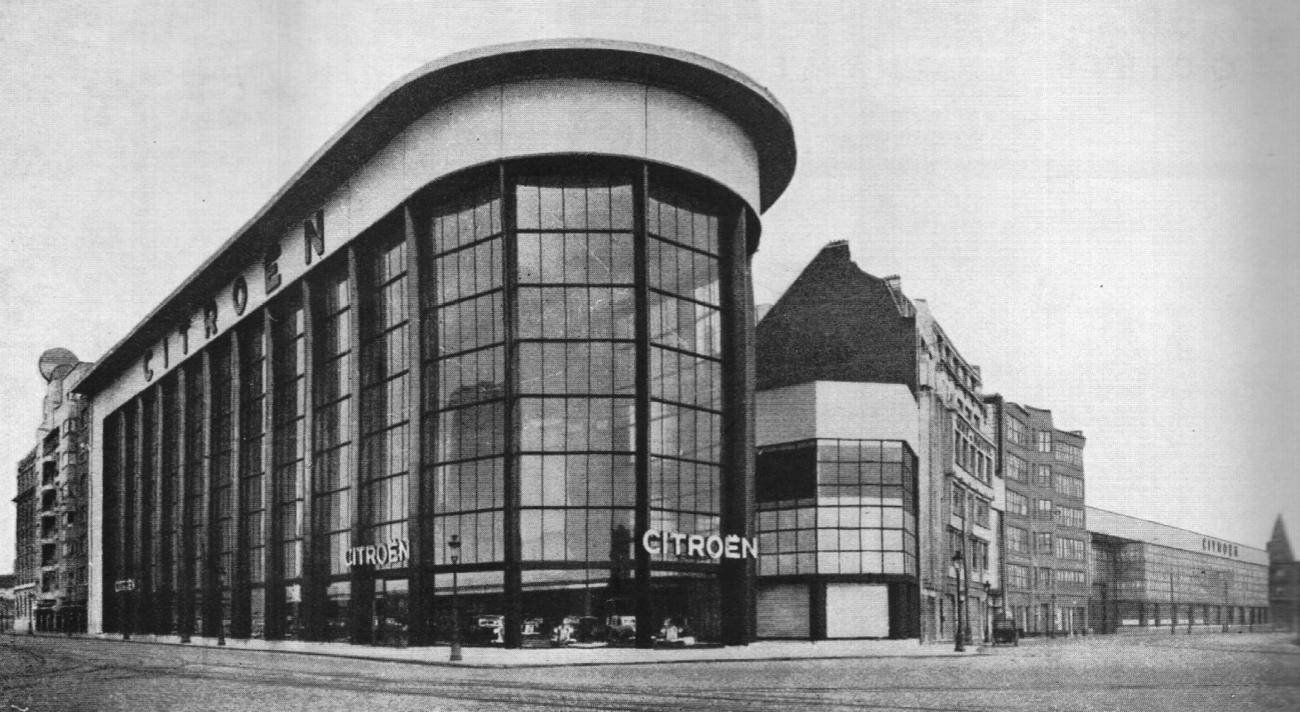 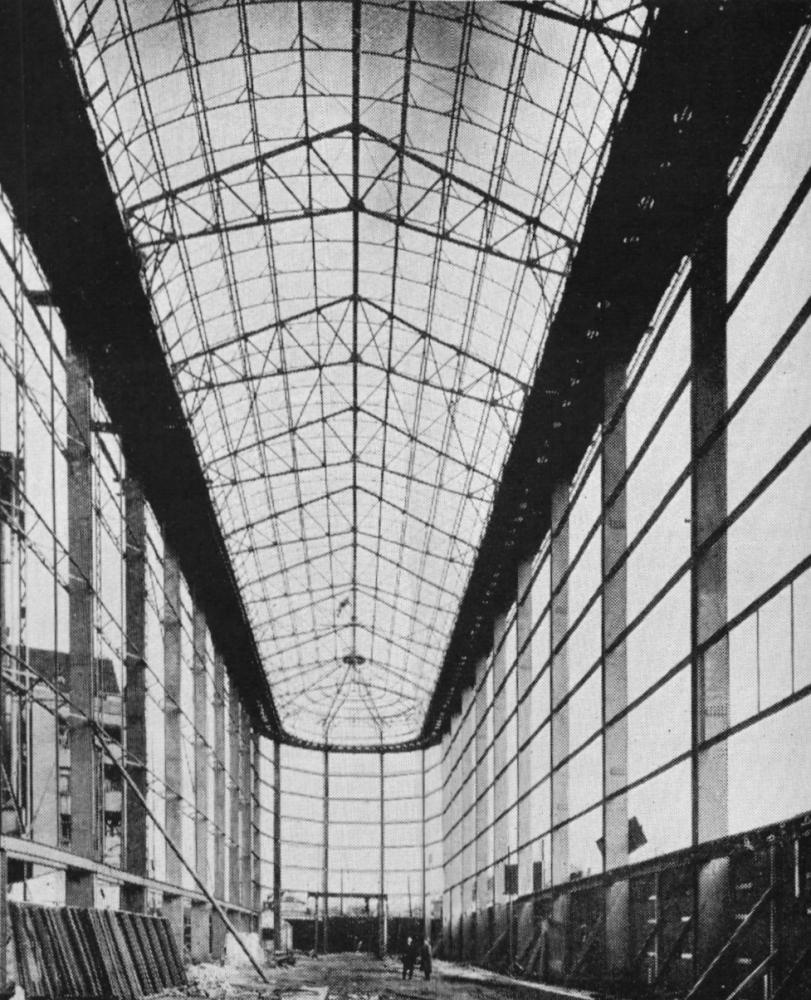 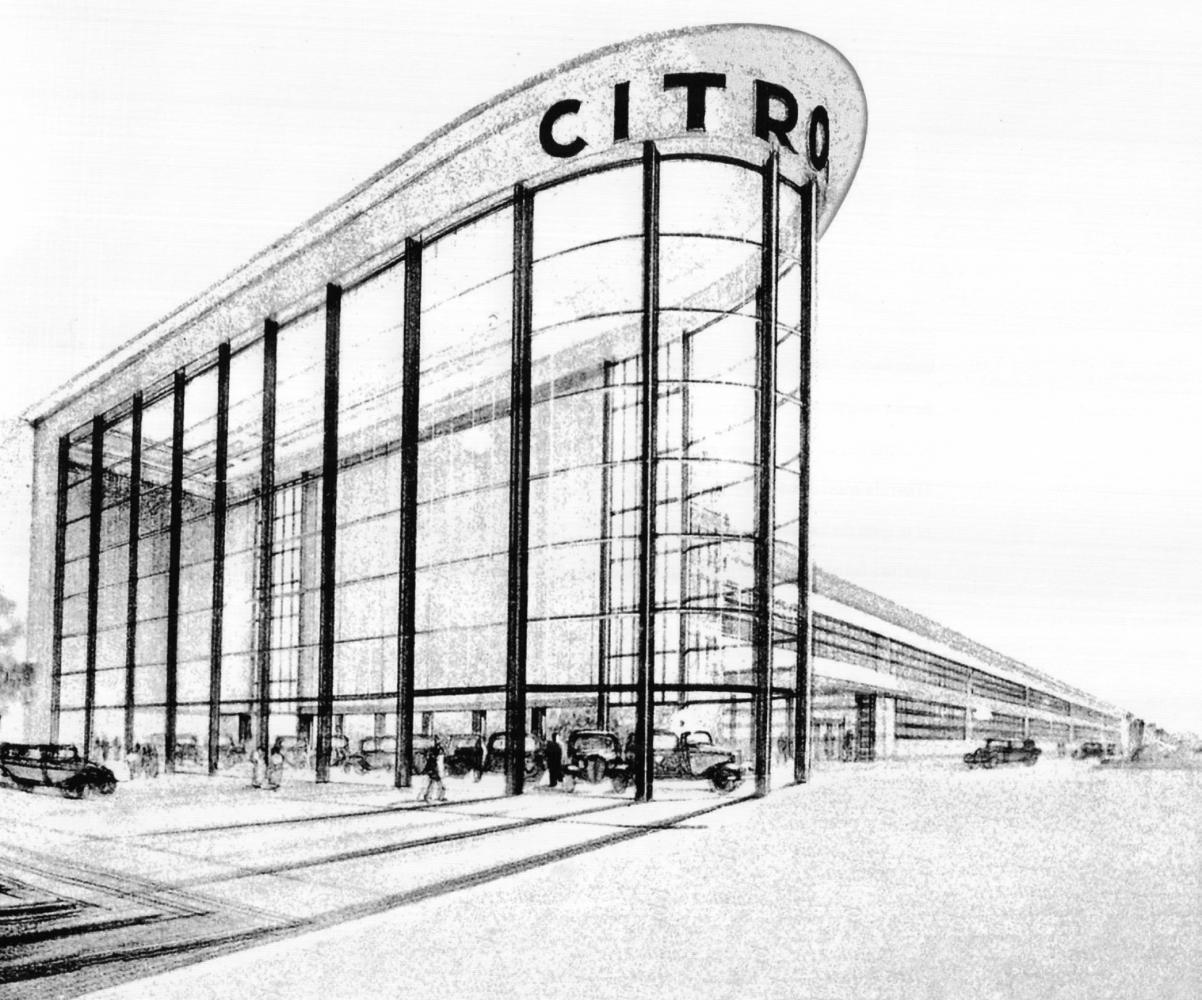 A factory built on a site chosen for its visibility and accessibility, close to the canal and the historic city centre of Brussels

In the early 1930s, André Citroën bought the plot of land at Place de l’Yser. This was an ideal location for his new car factory which, for a long time, would be Europe’s largest. In collaboration with the French architect Maurice-Jacques Ravazé, the Belgian architects Alexis Dumont and Marcel Van Goethem designed a huge complex measuring 16,500 m2: mainly composed of glass, steel and concrete, it was intended to embody the modernist spirit of the day. At the heart of the building lies a vast hall composed of workshops where the cars were made before being displayed in the showroom, which at the time consisted only of a ground floor. After the Second World War and the occupation of the building by the German forces, the showroom was subdivided into several additional levels to increase the number of square metres necessary for the garage’s activities.

The relocation of the activities of the Citroën garage marks the start of a new age, resolutely geared towards culture!

In 2015, the Urban Development Corporation (SAU-MSI) of the Brussels-Capital Region purchased the Citroën-Yser garage with the aim of developing on that site an international cultural hub, as requested by the Government of the Brussels-Capital Region. During two years, the garage continued its activities, while Citroën built new facilities. In the meantime, the SAU-MSI launched a tendering process for an evaluation mission, followed by an international competition, taken up by the KANAL Foundation, for the creation of an architectural project for the conversion of the site. The winning project was announced in late March 2018, a few weeks before the opening of the former Citroën garage for a prefigurative year, before several years of conversion work. The museum is scheduled to reopen in its definitive form in 2024.