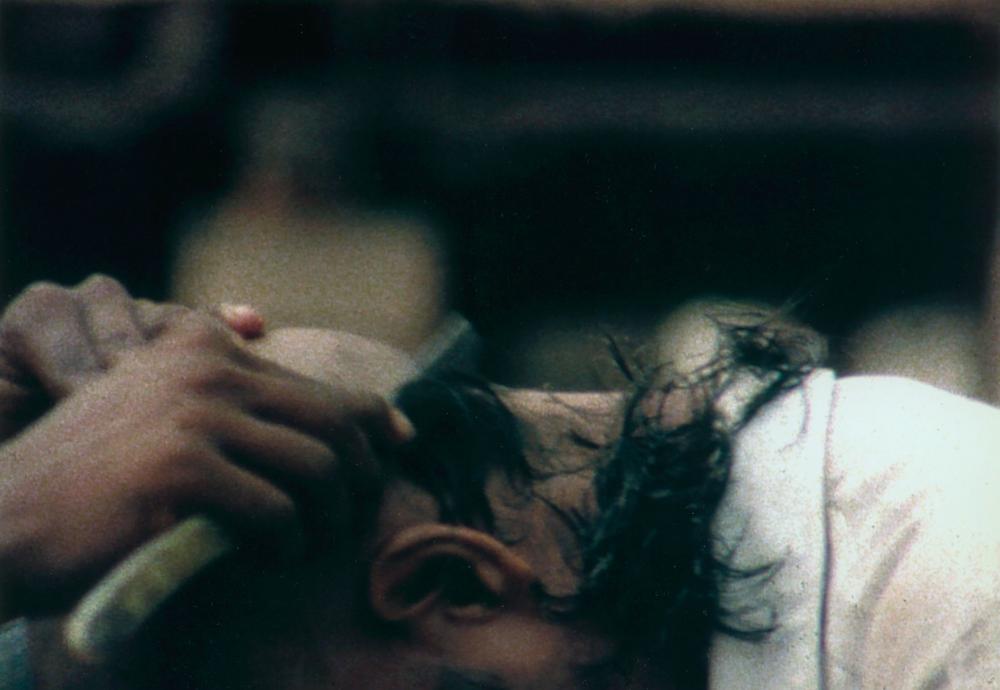 Between 1976 and 2002, Viswanadhan made a series of five films devoted to the five elements of Indian cosmology (Sand, Water, Fire, Air, Ether) ‘in the same way that an artist paints’, as he said, with neither a script nor a screenplay. The films that make up this series are driven by a contemplative ideal that comes from the influence of Indian mysticism on the painter/film-maker. But human history is not lacking from this visual meditation on nature and the elements. It too makes its appearance in the form of farm work or of the rituals that punctuate the seasons, so that the experience of the film becomes that of the circular fusion of natural time and human time. In Sable (Sand), made in 1982, Viswanadhan explores the beaches and banks of the seas and rivers of the Indian subcontinent: the artist turns the sands that he records visually in his film – all different through their nuances, grain and texture – into the material of the visual works that he will create in Paris and that resonate with his work as a film-maker: a series of monochrome panels hung on walls that form abstract combinations that also make up a schematic representation of the universe.

Viswanadhan was born in 1940 in Kerala, India. He has lived and worked in Paris since 1968.