A project curated by Michel Gondry 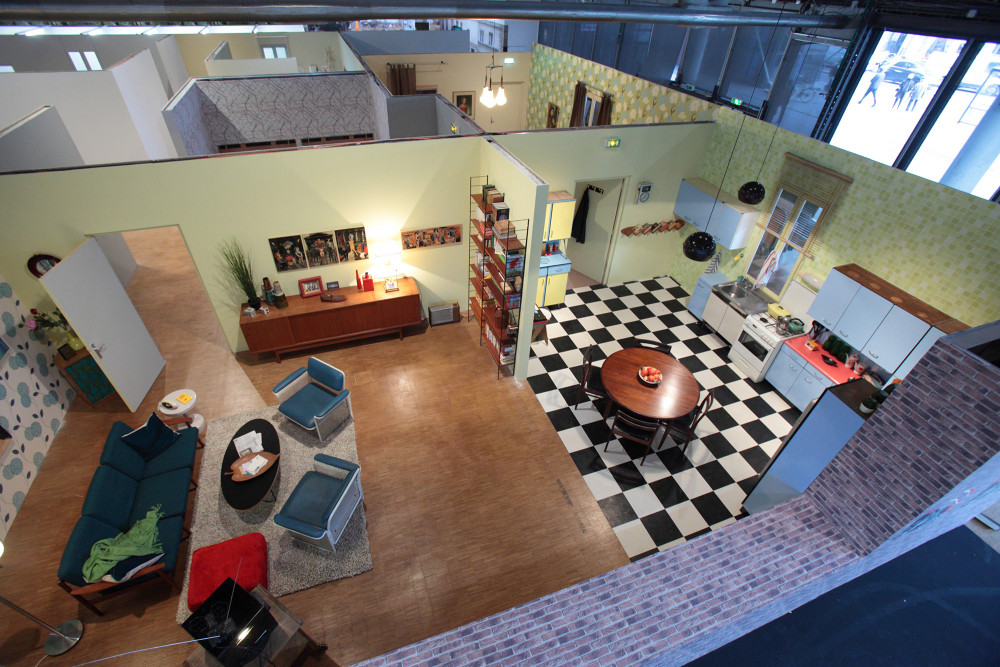 Like Jack Black and Mos Def in the film Be Kind, Rewind, the Home Movie Factory invited you to create a film from A to Z, in record time, in a film studio that has been recreated for the occasion.

The making of the film followed a simple protocol imagined by the French film-maker Michel Gondry. After visiting the location and reviewing the props, a group of between 5 and 15 people sets to work. The group goes through all the stages involved in making a film, from the writing of the screenplay and the casting of actors to the shooting and the making of the special effects put together on site. No training is necessary: the objective is to start learning the various aspects of cinema. A range of sets and machinery, simulating both interiors and exteriors, makes it possible to shoot an endless number of stories. All the necessary equipment is made available so that the group can function autonomously. Three hours later, the group leaves the studio, taking with it the DVD of its film.