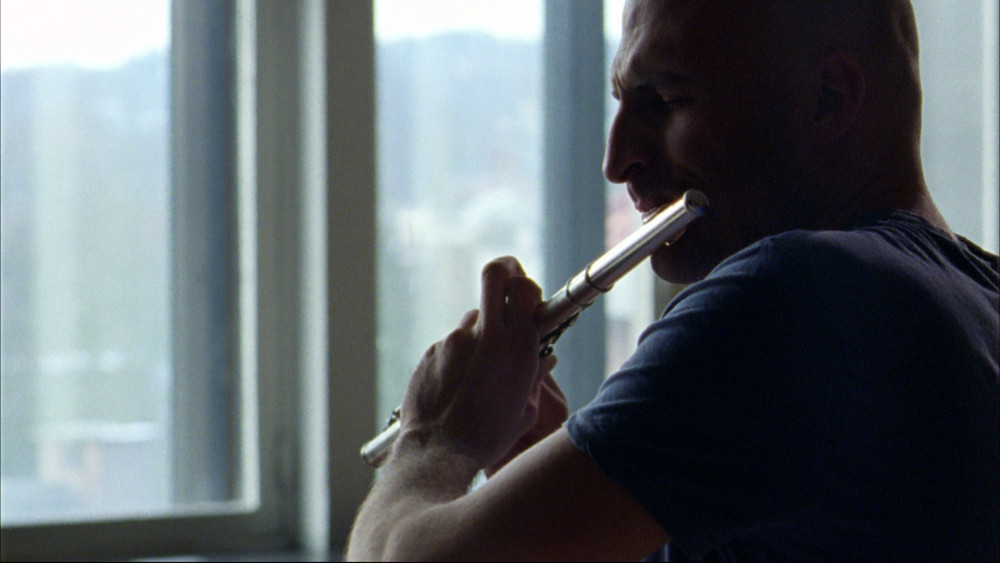 one, two, many
© Manon de Boer

The film one, two, many is made up three performances: a piece for flute featuring circular breathing, a spoken monologue, and a song by four singers in front of an audience.

Each of these sections explores the existential space of the voice in its own particular way. Connecting the three performances are the central themes of the individual’s body, listening to the other, and finding the right distance for multiple voices in a social space. one, two, many was presented on two screens at DOCUMENTA13 in 2012. Here, it is shown on three screens, as Manon de Boer originally intended.

Using personal narration and musical interpretation as both method and subject, de Boer explores the relationship between language, time, and various truth claims to produce a series of portrait films in which the film medium itself is constantly under scrutiny.

Her work has been screened at major international cultural events, it has been included in numerous film festivals and has been the subject of one-woman shows in high-profile museums and galleries.

CINEMATEK has been a leading force for 80 years in providing daily explorations through the history of cinema. From the beginning, the approach has been wider than just a historical perspective, also reflecting the relationship contemporary, visual and performance arts have with the moving image. Through festivals and film-cycles CINEMATEK presents the works of the avant-garde, showcasing artists bringing together different disciplines and pushing the language of film. It was no surprise that the CINEMATEK accepted the Kanal Foundation's invitation for them to join forces.

Working in dialogue with Argos, Centre for Art and Media and collaborating with the Centre Pompidou Experimental Film Department SHOWroom CINEMATEK daily screens the work of contemporary filmmakers shown in a continuous digital program. Once a month the showroom will also host a special event, SWEET 16, paying tribute to 16mm film.