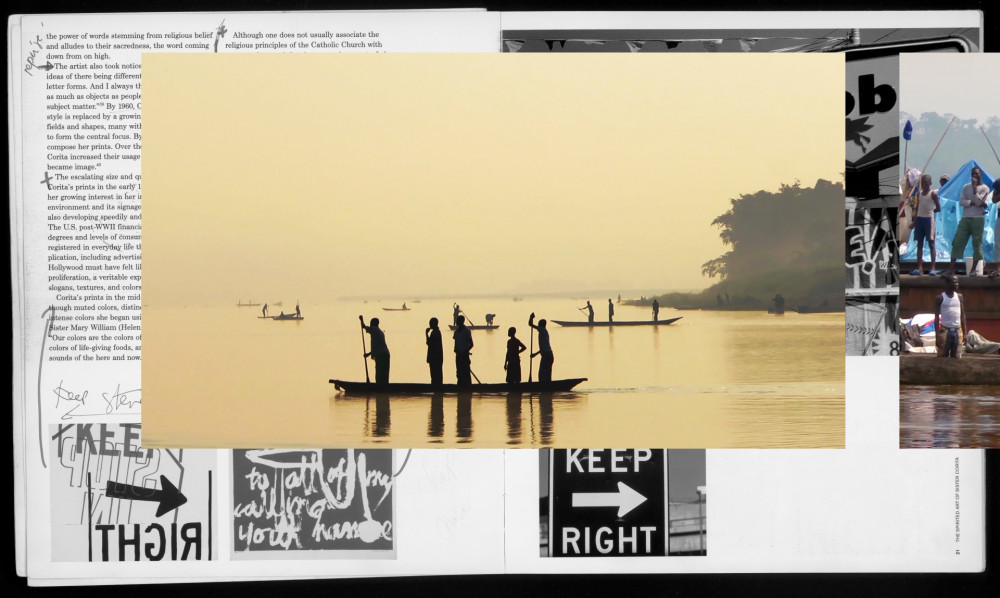 Conceived as an offbeat musical comedy by French artist Maxime Rossi (b. 1980), the film Sister Ship (2015) rests on the unlikely meeting of two worlds as distinct as they are distant. Presented in the form of an installation, this hybrid cinematographic object combines footage from a documentary film shot along the Congo river, Pygmée Blues (2013), with an original soundtrack drawn from a sung transcription of a book about Sister Corita Kent (1918–86), an unusual American nun who contributed to pop culture in the 1960s. Drawing the contours of a new geography observed through a kaleidoscope, this visual and sound collage that blends the poetry of language and art history proposes a renewed writing of the territory.