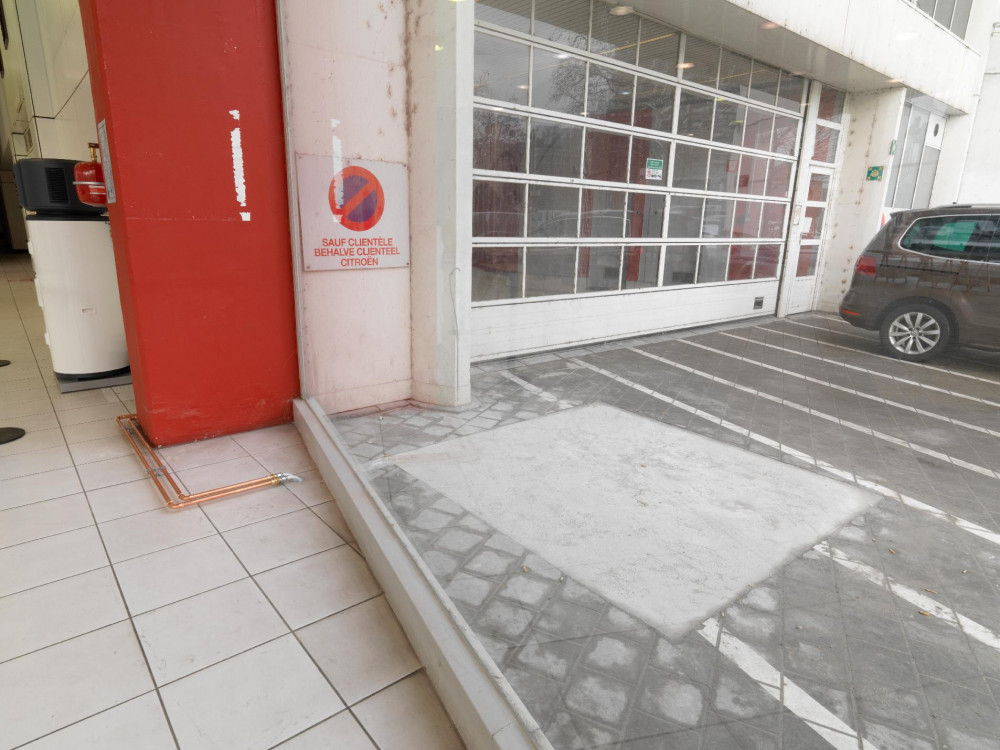 Inspired by her musical training and her initial career in the theatre, Suchan Kinoshita’s work is protean and interdisciplinary. Her pieces regularly incorporate elements of previous installations, each project constituting a fragment of an uncontrolled whole, thereby enriched in an entirely unanticipated manner and offering a new vision depending on the context and the times.

In 2017, Suchan Kinoshita was invited to participate in a call to tender for projects to be exhibited in La Place de l'Yser in Brussels. Inspired by the renovations taking place in her home at the time, her proposition was to provide the Quai du Commerce with underfloor heating. Due to an error in her application, her proposal was not upheld. The artist decided to adapt this project for the KANAL Foundation, located just opposite, and scaled from a 50 m long installation to a 2 x 2 metre square. Pipes rolled into a snail shape were placed in the public space close to the round façade of the display room, then connected to the interior of the building by tubes passing underneath the tiling and the window of the former garage. On the outside, there is nothing to define the heated area but a motif made of blue stone. This is all there is to reveal the artist’s intervention.