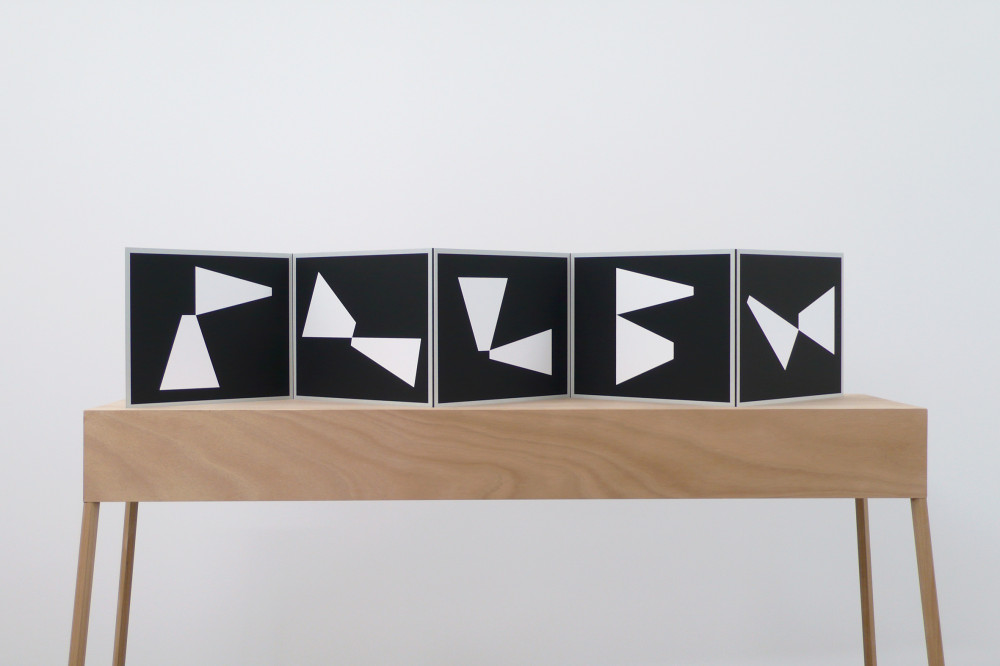 Vaclac Pozarek has lived and worked in Bern in Switzerland since the end of the 60s. His extremely varied work is portrayed through the choice of media that he employs: mainly drawing and sculpture, but also collage, photography, exhibition scenography, and book design. He continuously questions the art presentation forms. Although it appears that he subscribes to a tradition of minimalist sculpture, particularly through his disregard for plinths and refusal of simple imitation of reality, Vaclav Pozarek in fact distinguishes himself from this through his preference for artisan techniques and vernacular references.

The Lux (deluxe edition) Presentation/exhibition table serves as a display device, with five silk-screen plates attached to the Leporello (accordion book) that accompanies the deluxe editions of the eponymous book.. The artist has etched grooves in the wood in order slide in of the two-sided hinged plaques.

The device is part of Gevaert Foundation collection, which includes works published by Yves Gevaert Editeur (from 1974 to 2006) and Gevaert Editions (from 2008 until the present day). The table is part of the second set. Gevaert Editions was founded by Saskia Gevaert in 2008, continuing the work of her father. The publishing house works closely with Belgian and international contemporary artists, such as Koenraad Dedobbeleer, Sylvie Eyberg, Jef Geys, Jacqueline Mesmaeker and Walter Swennen on the production of books about art, books about artists, and other limited editions.