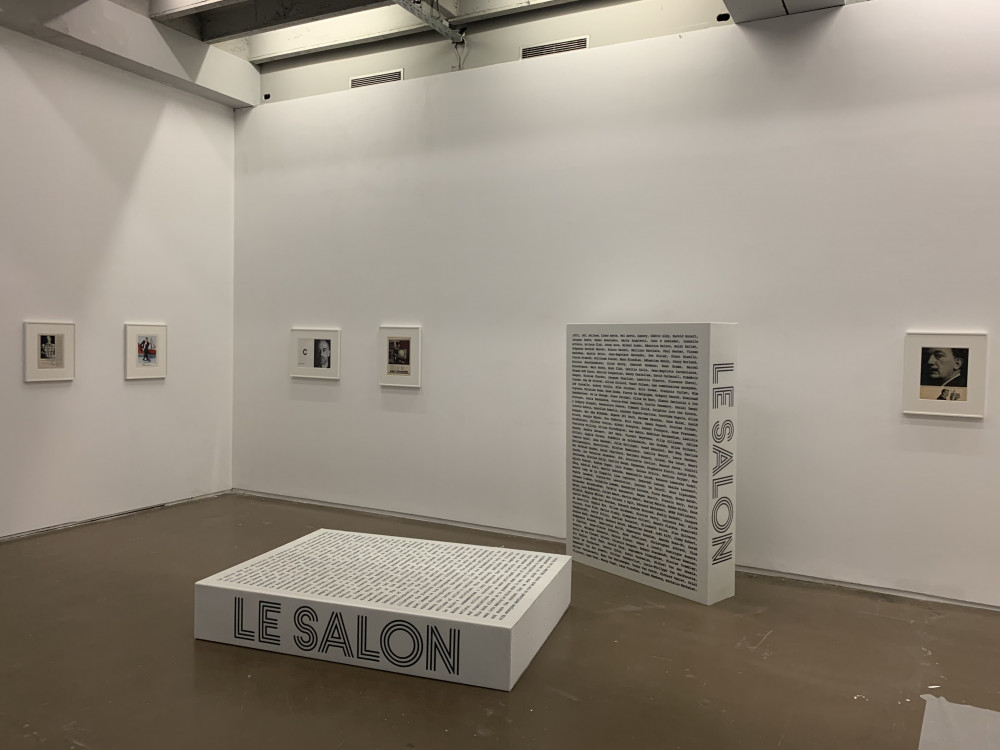 The work of Willem Oorebeek is formulated around the appropriation of images, advertisements, or covers that he transforms using printing and blackening of an over-abundance of with images, when everything is about show, Oorebeek’s procedures challenge representation in these media the criteria for featuring in these media, and the influence this content has on perception.For several decades now, Willem Oorebeek has also played an essential role as mentor for around 200 young artists mainly based in Brussels.It was only natural therefore that the team of the Le Salon - a meeting place for the Brussels art scene - turned to him to produce an installation to mark the launch of the book The Anthology of Le Salon 2011-2016.

The book-sculpture called Edition 3/3 is a part of a series of five monumental books. These books use the Vertical Club method: the artist takes the cover of The Anthology of Le Salon 2011- 2016 and enlarges it to the size of a person. They then cover it with printed carpet, a material reminiscent of a domestic living room. The back cover of the anthology of Le Salon features the names of artists and key players from the Brussels art scene brought together by Le Salon during its years of activity.