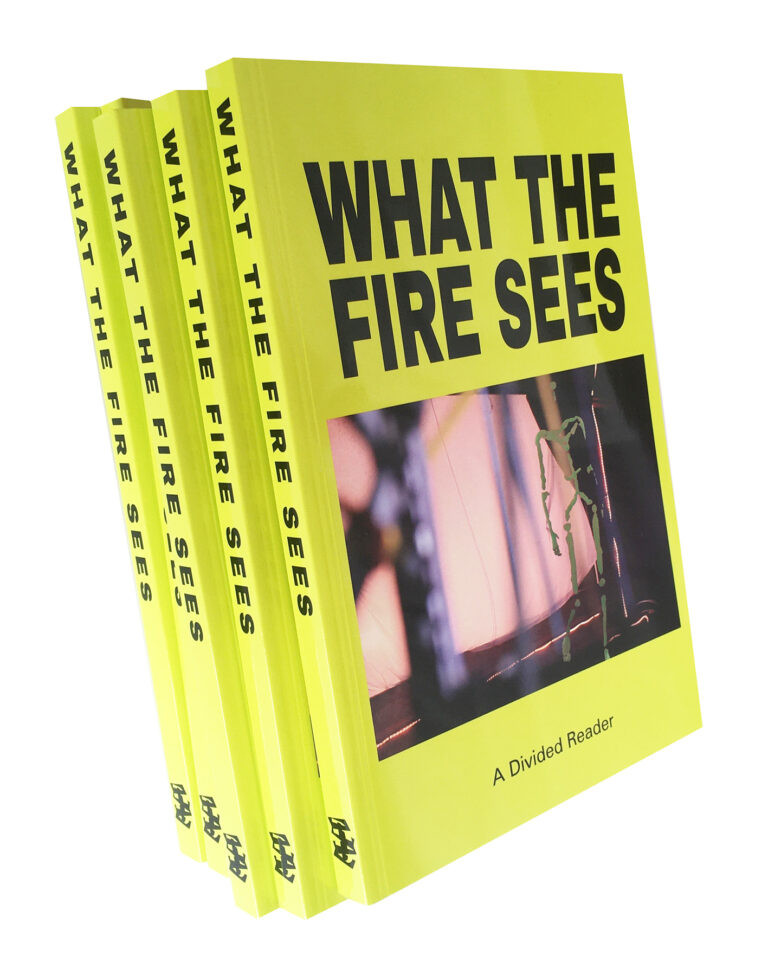 Moesha 13 is an artist and curator of Malian origin based in Marseille. Divided is a publisher based in Brussels and London, incorporated in October 2018. What the Fire Sees can be ordered online via the publisher’s website.