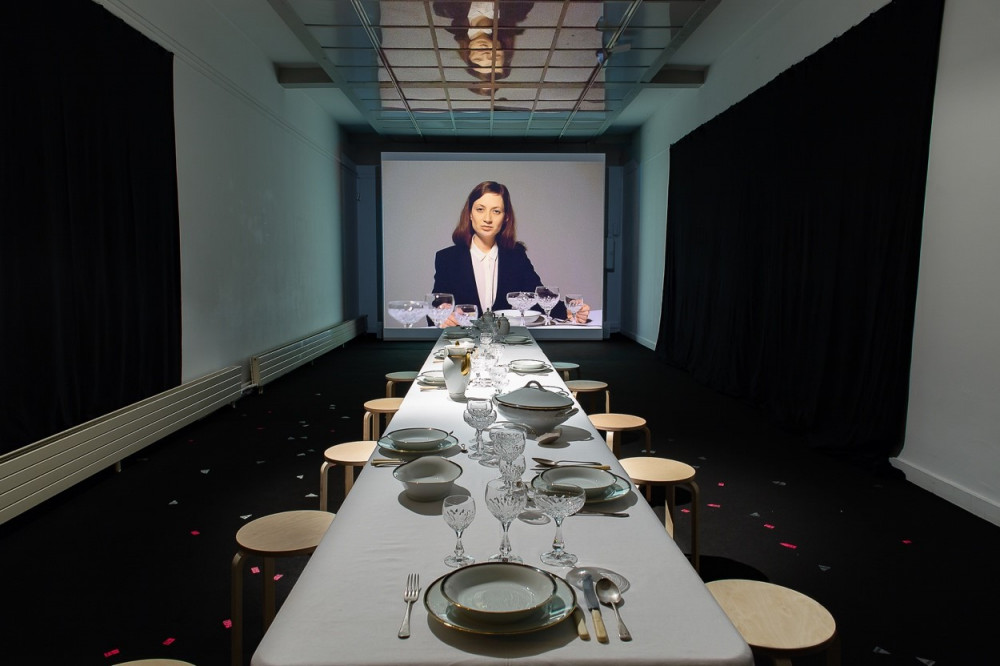 Le Banquet is part of a larger project, MÔWN (Movies On My Own), which brings together a series of micro-fictions produced completely autonomously, each with strong ties to the place where they were filmed. In this project, the artist distorts then re-enacts the codes of cinema, film noir and science-fiction, casting a critical eye on the structures of contemporary social life.

In Le Banquet, Ariane Loze acts, directs, and films, once again assuming every role. The editing, favouring shot/reverse shot, weaves links between the different characters, suggesting a richer, more ironic, even sarcastic way to view the reality observed by the audience. Sitting round a large table, waiting for something, each guest concentrates on themselves. Little by little, the pleasure of simply being together dissipates, leaving room instead for each person’s egocentric struggles. Laid bare, Le Banquet depicts the displacement generated by discussions in society. 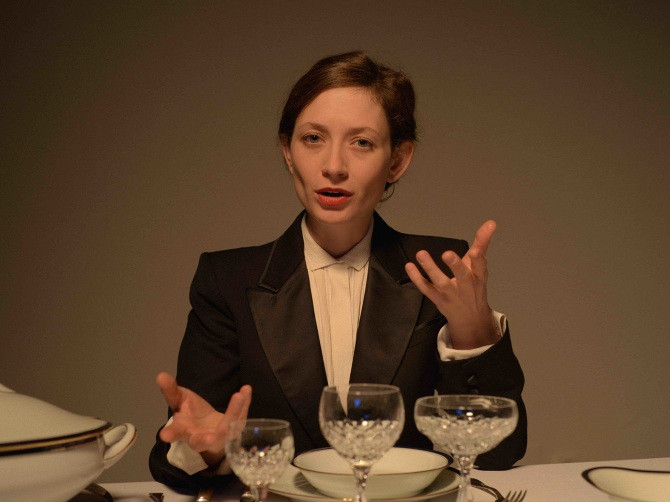 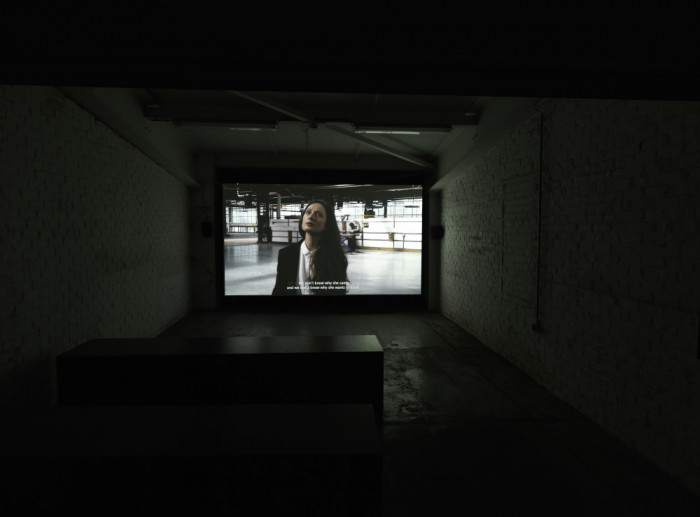