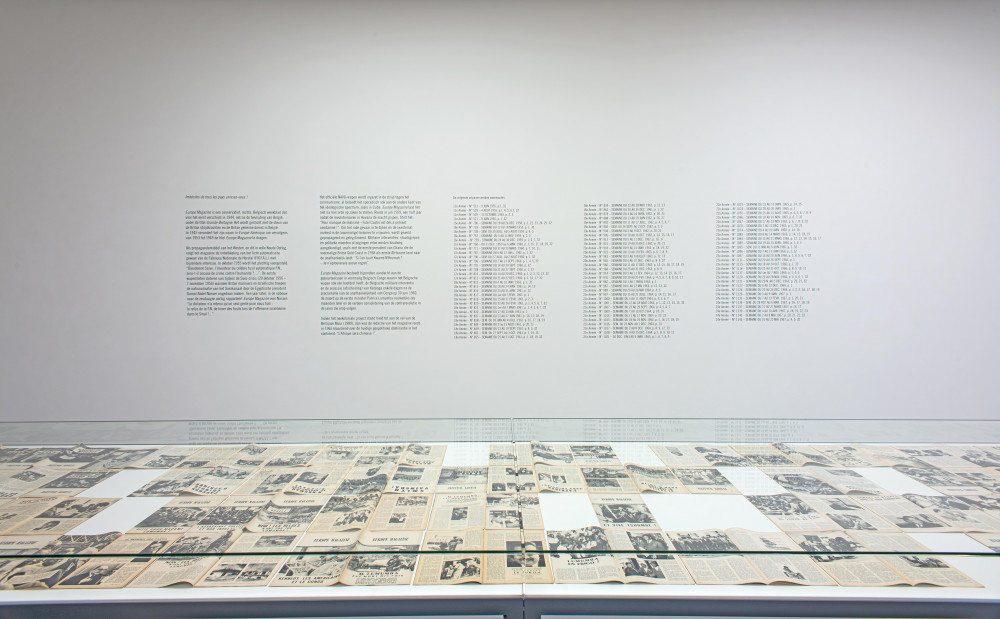 Sven Augustijnen’s films, publications, and installations on political, historic, and social themes almost take a documentary approach, reflecting the artist's fascination for historiography and the way history is constructed through narrative, images, and fictions.

The Imbéciles de tous les pays unissez-vous! installation establishes a dialogue between texts and images taken from a selection of issues of Europe Magazine, and questions our responsibility. This Belgian magazine, first published in 1944 under the name Grand-Bretagne [Great Britain], was created with the help of the secret service and British armed forces. The articles that are featured bear witness to the interest of this Western propaganda tool in the creation of the lightweight automatic rifle, produced by Fabrique Nationale de Herstal (FN), reporting on the resulting military feats over the passage of time, during the cold war and colonial history. At a time when Europe increasingly resembles the far right conservative society conjured up in the pages of this magazine, the photographs and texts presented cannot be considered as relics of a distant past. For the artist, examining them is a “civil act”.