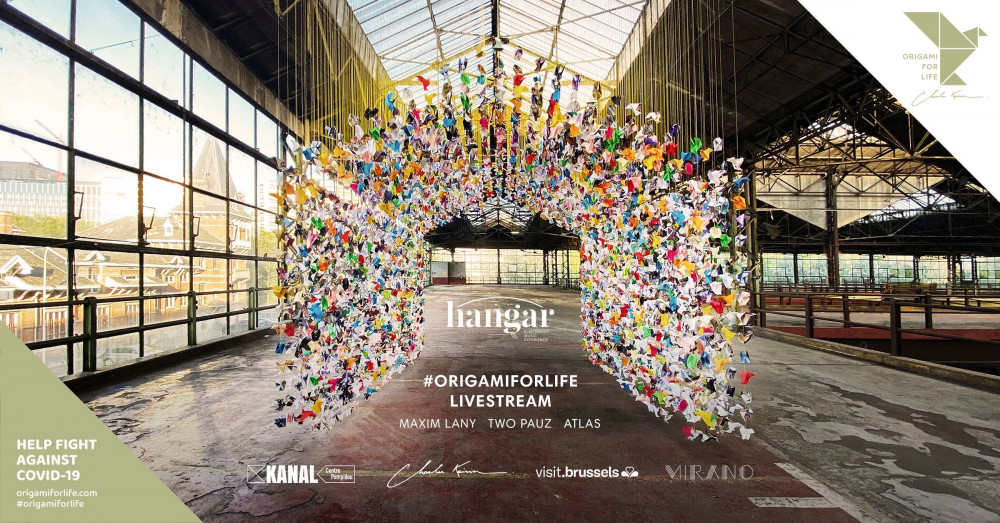 To support the artistic and participative action "Origami For Life", imagined by the designer Charles Kaisin, the indoor festival Hangar and the KANAL-Center Pompidou joined forces by organizing a livestream of three DJ sets this Thursday, 23rd of April. The aim of the #origamiforlife action is to support the efforts of ULB, the Fonds Erasme and the Fondation ULB to finance COVID-19 units, as well as the research for treatments at the Erasme Academic Hospital.

Charles Kaisin invited the public to fold an origami from a sheet of paper with the help of an online tutorial. For each origami received, the partners of the campaign (Fondation Engie and many other private patrons) have pledged to pay 5 euros to the Fonds Erasme. € 52,211 has been raised to date.

The gathered origamis are gradually installed at the KANAL-Centre Pompidou and are taking the form of a large house. Under this installation, the three young Belgian artists, Maxim Lany, Two Pauz and Atlas, will be on the turntables from 6.00pm to 9.00pm on Thursday the 23rd of April, for a live broadcast on social medias.

The mobilization will allow the hospital to carry out its transformation of its hospitalization units in adequate non-intensive Covid-19 units. The construction of a unit comprising all the necessary equipments costs 50.000 euros.

Where? At your home.
When? Thursday, 23rd of April

Where can I watch it live?

How can I help? 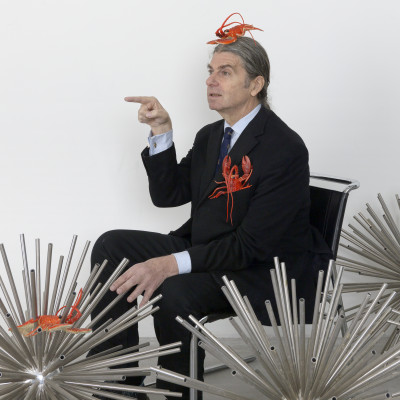 From 4 February 2021 onwards, KANAL–Centre Pompidou will present the second part of the exhibition... 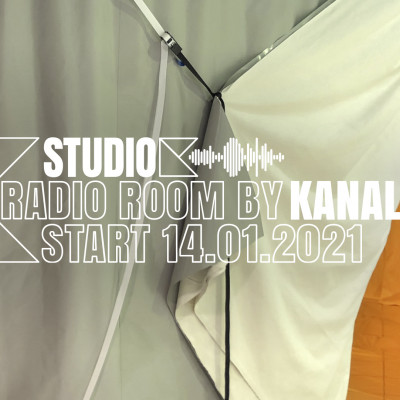 A new experimental project of KANAL-Centre Pompidou: Studio K – A radio room, a web radio for... 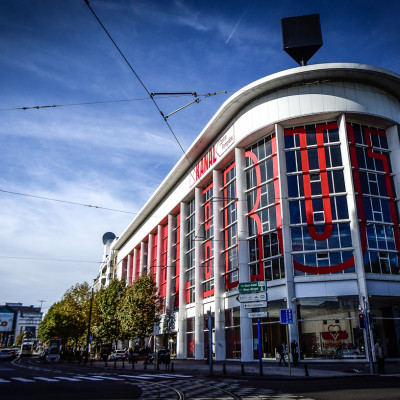 KANAL, the future museum for modern and contemporary art, has received a planning permit

Friday, December 25, 2020 — After an international architecture competition, the KANAL Foundation... 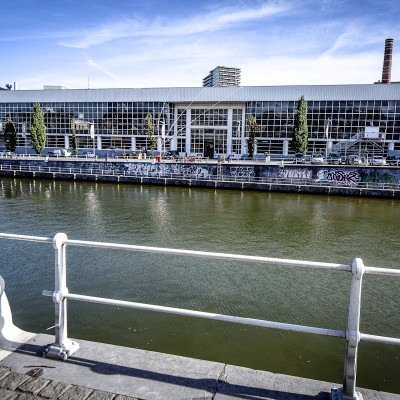 KANAL is looking for an Artistic Director (M/F/X)

In the framework of its regional-interest mission, the KANAL Foundation is looking for an Artistic...